How was everyone's weekend? I had my Dynasty League draft on Saturday - I needed relief pitching (which was too expensive, so I didn't really get anything good there) and on offense I needed Steals and Average which led to really boring acquisitions of Todd Helton, Placido Polanco, Carlos Gomez, Scott Podsednik, and Nick Johnon. They all fit my needs and my budget, so hopefully last years 2nd place turn will be a first this year.
Oh thats right, you want to see cards.
Brandon Phillips
Manny Acta
Kosuke Fukudome
Andy Pettitte
Bob Geren
Emilio Bonifacio 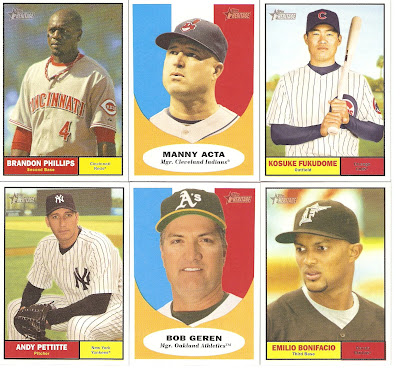 New Age Performers Justin Upton
This was a guy I ended up in a bidding war for at least years draft but ran out of money - but I had Adrian Beltre! oh bother. 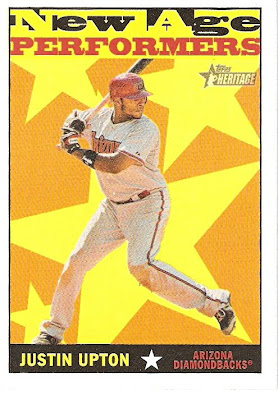 Adam Wainwright Chrome 1845/1961
I used to not really get into the chrome cards, but for some reason this season, I really like them - not sure why. 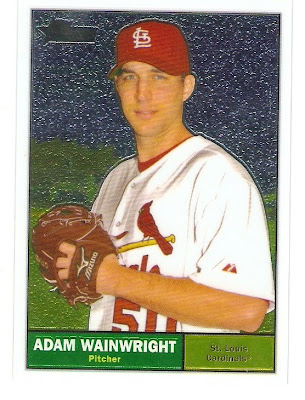 Shin-Soo Choo
Andrew Bailey
Kevin Millwood
Chad Billingsley
Which Billengsly are we going to see this year? The young ace or the kid who just can't put it all together? Or worse, will we end up with the same enigma we've had for the last few seasons where there is just no consistency. 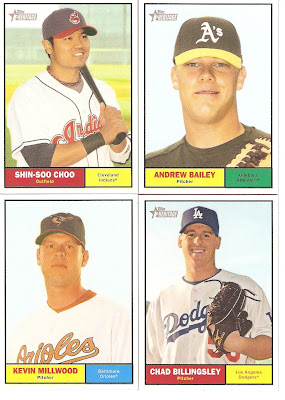 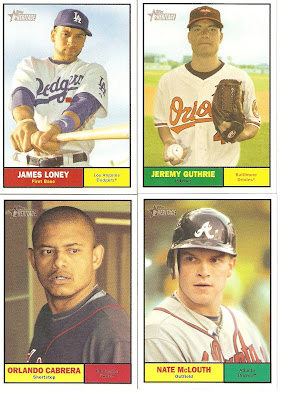 We all agree that James Loney's first name is James right?